Taking over an agency where most of the staff is 20 years older than you is a challenge. Young Insurance Principal, Joe Palumbo talks about how he got used to this. Talking with other principals, finding a mentor, and listening to his employees helped.  During the five-month runway to completely taking over the agency he needed these elements to help find his bearings. Early on, Joe discovered just how vital a properly trained and motivated staff is to an agency’s success, so he has focused on cultivating a culture that encourages open communication and values everyone’s contributions. For other insights on agency management look here. 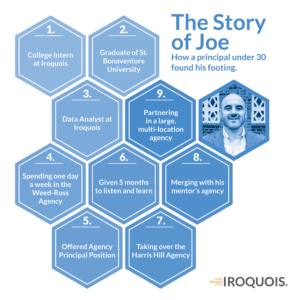 Edwin K. Morris (1s):
Welcome to the trusted advisor podcast brought to you by Iroquois group. Iroquois is your trusted advisor in all things insurance. I’m Edwin K. Morris. Today’s guest is Joe Palumbo. He is the vice-president of Weed Ross group. Joe started his insurance career at Iroquois group during college. He was a data analyst there before moving on to join Weed Ross in 2016 part-time and then going full-time in 2018. He attended St. Bonaventure university earning a degree in business information systems with a minor in accounting. What is going on with principals? What, how, tell me about this experience you’ve had with becoming one in the insurance business, in the, in the agency.

Joe Palumbo (44s):
Yeah, so it’s been a great start. A lot has happened in just over a year. I had previously worked at the Iroquois group in more of a back office role, and I knew that I wanted to branch out into a different position. So I had talked to the powers to be and asked how I should prepare myself when this opportunity would come around. Just a quick little background on me. I had worked in the Weed Ross agency with Sean Cornelius, probably for two or three years, just shadowing him, you know, going out on sales calls and just kind of learning the ins and outs, learning

Edwin K. Morris (1m 21s):
All the parts and pieces that make it all work. Great.

Joe Palumbo (1m 24s):
And then I was in the Iroquois group home office and they asked me if I wanted to move to Buffalo. And before, before they told me what it was for, I said, yes.

Edwin K. Morris (1m 36s):
So what was the realization when you hit the ground?

Joe Palumbo (1m 39s):
I had made a couple phone calls to people that I had known in that position outside of Weed Ross. Cause I knew how that kind of operated. And I asked if I could come sit down, ask a few questions, even ask, like, if you were starting over, would you do this again? And without hesitation, everybody gave me a thumbs up and you know, and I was ready to take a little bit of a risk. So,

Joe Palumbo (2m 3s):
Change, I guess. Not as far for me as much as like the employees and, and that stuff.

Joe Palumbo (2m 14s):
Yeah. Absolutely. Because I think especially within our agency, there’s definitely a difference in age, I’m, I’m the youngest person. And I think that I look at things a lot different than some of them. And one of the main things I want to do is make sure that I could implement some of the things that I see that I thought could be more efficient and better. Then a lot of that was through using technology. You know, there was a little bit of pushback, but once everyone realized that this was a team effort and that I’m only trying to make their jobs easier, it was much easier to transition.

Edwin K. Morris (2m 49s):
So do you think you’ve generated like a chop list of the things you need to do coming into this? “Follow these steps and you’ll succeed”?

Joe Palumbo (2m 58s):
Not quite. Like throwing it at the wall and seeing if it sticks and obviously I’ve done some research on some of the stuff that we’ve implemented. I was given a, like a five month grace period, which was great. So I actually moved into the agency in end of July of 2018 and didn’t officially take over until 1/1. Okay. So I kinda sat back and saw how they operated and you know, that way I knew, cause it, had I not done that I would have came in and not knowing what we wanted to change and we wouldn’t have been up and running on 1/1. It was good to be able to sit with all of the employees, kind of see how they operate and then where I think that we could improve.

Joe Palumbo (3m 59s):
I think one of the biggest things is how uneducated the clients are. I think a lot of people just have insurance because it’s necessary. You know, you can’t put your car on the road without it. That makes it a big key for the staff to be very knowledgeable on like the product and the coverages, all of the ins and outs of insurance, because they need to educate, you know, 95% of the clients.

Edwin K. Morris (4m 22s):
So that, you’re saying that now as a, as a pain point that you’re in this position a lot of people should be aware of because that’s a heavy lift, I would assume it’s just a heavy lift anyway, you look. Yeah.

Joe Palumbo (4m 33s):
Yeah. Cause I, I had never been inside of the agency, been working in insurance in different capacities. So I didn’t really understand how unknowledgeable most of the client base typically is. And you know, it’s a little bit different with commercial insurance because there’s a lot more risk and you know, there’s a lot of people that that’s exactly what they’re working on, you know, kind of the business dynamics, there’s more risk assessment.

Edwin K. Morris (5m 2s):
So in that viewpoint, what would you recommend to someone else that’s in those shoes, in that early bridge to this opportunity, this type of opportunity?

Joe Palumbo (5m 13s):
I think getting in front of the client is one of the biggest things and making sure that your staff is able to explain not as using as much insurance language, you know, you need to be able to speak it in a language that the client can understand. So that’s just basically getting them the pro- your staff, the proper training and making sure that they know the products in and out.

Edwin K. Morris (5m 35s):
So that’s a lot of resource management at, at this level for you now, because you have to one make sure that that content and, and educational material is probably up-to-date current relevant and, and specific to the client, right?

Joe Palumbo (5m 51s):
Yep. Absolutely. And, and we have a staff that is eager to learn, so they’re reaching out to continue their education and do many different courses, not just like the required continuing education.

Edwin K. Morris (6m 3s):
Are you kind of a bit of a cheerleader also in this role?

Joe Palumbo (6m 20s):
If they’re eager, eager to learn, then it’s not as hard as you would think. Kind of just make sure that I find the opportunity then for, for them to do it, make sure that it’s the right course. And I think that’ll be beneficial to them because we have some people that only work on commercial lines and then another segment of the staff that only does personal lines. So we kind of make sure that the courses are suited for them, the conversations and the risks that they’re working with are exactly in their ballpark,

Edwin K. Morris (6m 49s):
In that role of expectation setting for the employees. What are other factors go into that? How, how else do you build that container of how this ship’s going to run so everybody’s on the same page?

Joe Palumbo (7m 5s):
Everyone had been very experienced in insurance, so that wasn’t the hardest part. It was more of just making this a team atmosphere and making sure that, you know, the client’s needs come first. We need to make sure that they’re properly covered and then whatever needs and wants they needed. That’s what we have to figure out the best way to do.

Edwin K. Morris (7m 23s):
Have you created a bit of a feedback loop to be able to see how that’s going, or if it’s adjusting or, you know, a way to check the climate, if you will, of the work

Joe Palumbo (7m 33s):
We use this portal called Slack, and it’s like a lot like Microsoft teams and we have several different group chats in there. And, you know, one for sales, one for a general chat that has all four of our locations connected. And that’s kind of where, you know, it’s essentially like a group chat for all of the offices where they’re putting in their problems and not just problems, you know, anything that, any successes that they’ve had, they’re putting in there, and that keeps the team on one page

Edwin K. Morris (8m 3s):
That would be like a community of practice, as far as the term from another industry I’m familiar with. So that community of practice is engaging the people where they are, where the work is, in a quick, fast way. And that’s probably a very good tool to help build any communications among team members. Absolutely. Other than the research, you’ve talked about, being able to see how the listening is probably the key ingredient for any good leader, to see how the things are going. Once they come into a new position, right. To just listen, watch and listen, what’s going on.

Joe Palumbo (8m 37s):
Yep. And that was the best part about it for me. Cause I moving in, I had seen Sean worked for a couple of years, so I knew the right way to do things or the way that he does it with success.

Joe Palumbo (8m 58s):
So I had seen the way some of the practices that he used or so I wasn’t walking in blind. Yeah.

Edwin K. Morris (9m 5s):
So, so a key ingredient for any of this to work is mentorship.

Joe Palumbo (9m 9s):
Absolutely. I think that goes in any business, any industry, 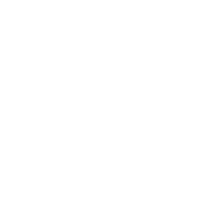 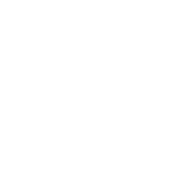 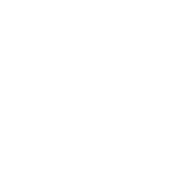 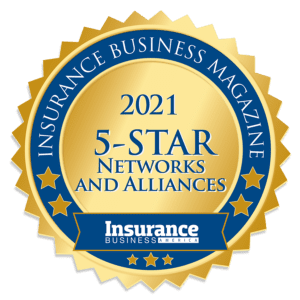